The Chaparral biome is a hilly landscape with pockets of exposed stone, small shrubs, and bushes.

This biome is mostly flat, with some rolling hills. It features large patches of rock "shields" interspersed with grassy scrub. While there are lots of leaf blocks, trees as small and provide very little wood. Rock patches here often contain exposed coal veins. It has a maximum block height of 80.

Shrubs and berry bushes are common.

Most Vanilla passive mobs spawn naturally in this biome, including, notably, horses. Villages can spawn in this environment as well. The lack of many hiding places during the day makes aggressive mobs less threatening.

Survival in this biome can be harder than it initially looks. Players who settle here will find plenty of food thanks to the large amount of grass and Berry Bushes, but they discover that early wood is limited due to small trees' size. Players will need more time to get a lot of wood, and the small number of leaf blocks make saplings rarer. Consequently, a player should start farming trees as soon as possible to survive in this biome. 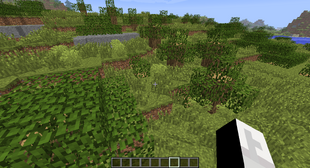 three types of trees can be seen in this photo 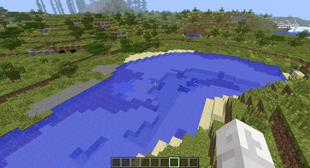 a lake naturally occurring in the biome 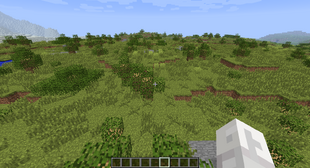 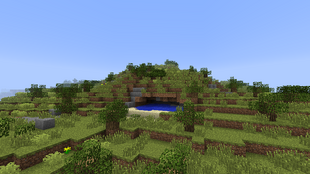 Chaparral as shown in the mod official forum post 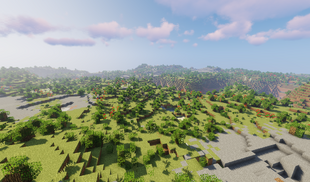 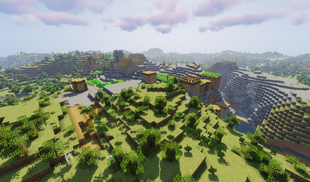 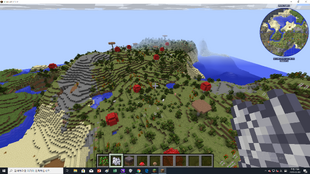 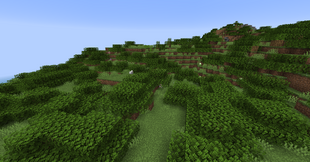 Chaparral in 1.15.2
Add a photo to this gallery

Retrieved from "https://biomesoplenty.fandom.com/wiki/Chaparral?oldid=29799"
Community content is available under CC-BY-SA unless otherwise noted.