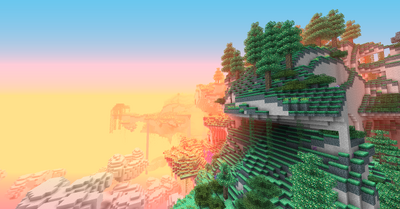 The Promised Land is made of floating islands which spawn infinitely and horizontally in a sunset-colored sky. Large islands will spawn every several hundred blocks, with patches of clouds (made from Cloud Blocks) between each large island. Unlike the Nether, clocks work fine, but have no use as it is permanently noon. Beds cannot be used or it will cause an explosion, just like in the Nether.

The floating islands are made of Skystone covered in Purified Dirt and Purified Grass. Pools of water and Spring Water, caverns, cliffs, holes and small islands break up the scenery. Travel is difficult, and if you fall you will spawn high in the Overworld, usually resulting in death by fall damage unless you are lucky enough to land in water.

Amethyst Ore is scattered throughout the Skystone of the islands, and Celestial Crystal grows similar to Glowstone, by hanging from the underside of the islands.

There are four biomes in the Promised Land: Blessed Bog, Wondrous Woods, Majestic Meadow, and Sublime Shrubland. Vegetation on the surface is determined by biome, although Loftwood Trees, unique to the Promised Land, can be found in most places.

No mobs will spawn in the Promised Land, saved for birds flying around everywhere, and pixies floating about in the Blessed Bog and Sublime Shrubland.

As of BOP For 1.7.2, the Promised Land is no longer in game, this sparked controversy throughout r/Biomesoplenty and the modding community, however it was removed because it created too much lag. Many of the blocks in the biomes have been removed or have no use. However the developers have since returned the use for stuff such as Celestial Crystals and Amethyst in the End. 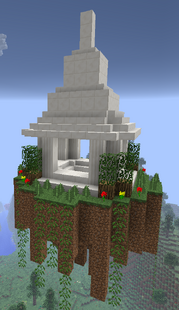 The portal to the Promised Land 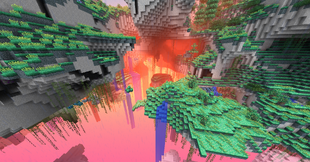 The broken terrain is lovely, but hard to traverse. 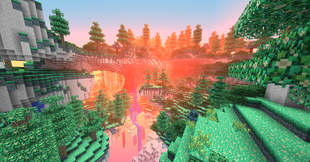 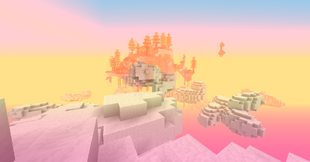 Clouds can be used to travel to other islands
Add a photo to this gallery
Retrieved from "https://biomesoplenty.fandom.com/wiki/Promised_Land?oldid=29772"
Community content is available under CC-BY-SA unless otherwise noted.